The 127th Canton Fair has successfully came to a close digitally on June 24. 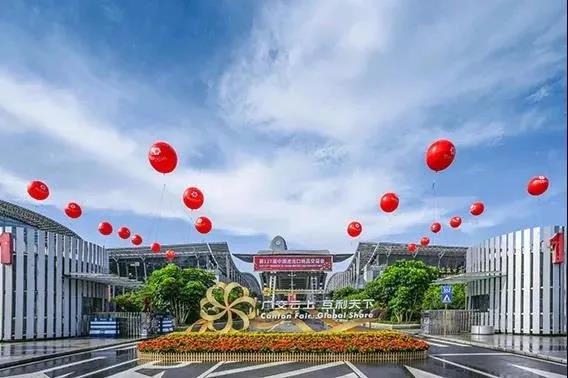 Xu stated that the central government highly valued this session;

President Xi paid attention and Premier Li attended the virtual opening ceremony and visited online booths in Beijing. Under the strong leadership of the Ministry of Commerce and Guangdong Provincial Government, with the great support of various departments of the central government, local commerce departments and Chinese embassies abroad, and concerted efforts of all the staff, the 127th Canton Fair has been carried out smoothly.

it was a brand new attempt and arduous task to host the Fair online, which required new content in a short period of time. Since early April, the organizers have shown a great sense of responsibility and fulfilled their duty in building a new platform, organizing exhibitors, marketing and services. They have demonstrated with their actions the Canton Fair spirit “true to the mission, brave for opening up, persistent and innovative”. The first virtual Canton Fair broke the limit of time and space for Chinese and international companies to conduct trade cooperation, blazed a new path of international trade development and made great contributions to stablizing the fundamentals of foreign trade and investment. It showed the international community China’s resolution to expand opening up and safeguard the security of global supply and industrial chain, and China’s responsibility to respond to the pandemic and advance the multilateral trading system.

The five parts of Exhibitors and Exhibits, News and Events, Global Trade Matchmaking, Services, Cross-border E-commerce, have made up a grand show for exhibitors and buyers worldwide.

Live streaming marketing was popular and widely participated. The live streaming room launched in this session broke the limit of time and space and enhanced interacting experience. Exhibitors eagerly took part: some devised individualized plans for different markets and staged dozens of live shows; some displayed product and company in VR and broadcasted their automatic production line. Some designed live streaming according to US, Europe, Asia Pacific and Middle East and Africa time zones and their client locations, to receive worldwide buyers.

Online trade matchmaking was smart and efficient. Based on the demands of buyers, and exhibitor and exhibit information, digital technology has been leveraged in this Canton Fair to build a smart and efficient supplier and buyer matchmaking system. Overseas buyers can schedule negotiation appointment, initiate instant messaging or post sourcing request. Meanwhile, the trade negotiation environment of mutual trust of the physical exhibition has been duplicated to enhance both parties’ trust and negotiating and sourcing efficiency, which was applauded by buyers.

Result met expectations. Against the background of the spreading pandemic, greater risk of global economic downturn and severely battered global trade, the 127th Canton Fair attracted buyers from 217 countries and regions to register, a record high of buyer source, further optimizing global market mix. Many foreign trade enterprises showed their products, plants and prototypes in livestreaming, attracted worldwide visitors, received inquiries and sourcing requests and achieved good results. They said that this Canton Fair, a godsend for exhibitors in need of orders, helped them maintain old customers and know new ones and that they would follow up with buyers to strive for more trade outcomes.

Companies were encouraged to sell export goods in the domestic market. To better serve the new pattern of mutually reinforcing domestic and international cycle, and to implement the State Council’s decision to enhance domestic sales of export goods, invitation of domestic buyers was greatly enhanced and registration and attendance of domestic buyer surged compared to the previous session.

Xu mentioned that this Canton Fair has received worldwide press attention. Centered on innovative measures of the virtual exhibition, various media produced well-designed and multi-dimensional reports, creating a positive public opinion atmosphere. He looked forward to meeting everyone in the 128th Canton Fair.